"A colorful bird youkai native to tropical climates. The term "Majimun" originated in the southern islands and refers to mythical creatures while the "Afira" supposedly refers to a duck... Honestly, I'm not sure why they gave it such a name, but I suppose they don't see many of them in Tanegashima. One thing you have to be careful is making sure that they don't try to pass through between your legs. There are legends that say that this almost always leads to death...somehow." 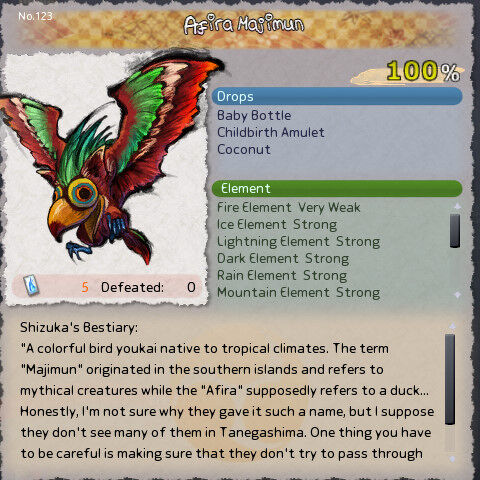 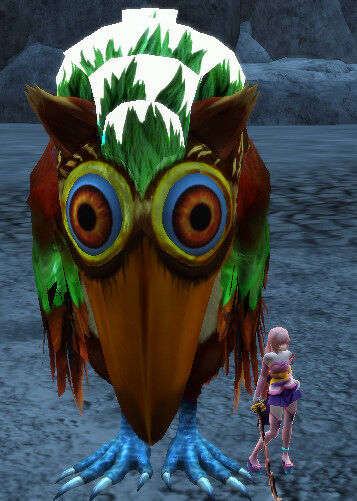