"The leader of the Daruma in Onigashima, tasked with testing the worthiness of Oni since long before Kiichi-san's time. Those brawny arms sure do set them apart from the other Daruma! According to rumors, the first Chief crossed over from the continent and had a large hand in uniting the divided youkai factions and argued for peaceful relations with humans. The Kamikui incidents must cause him no small amount of grief... Let's do our best for him as well!" 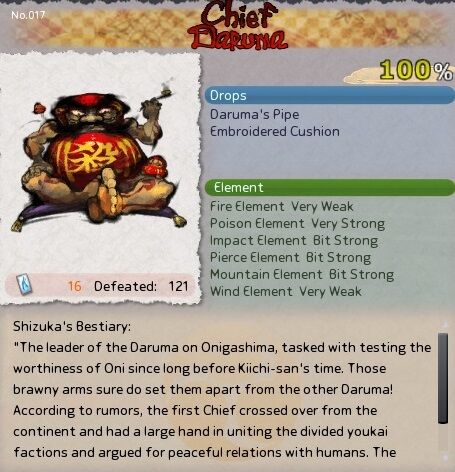 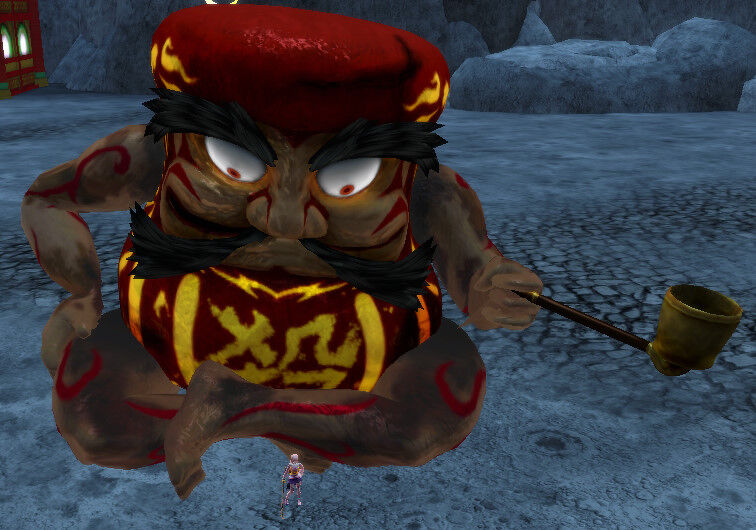 When fighting, Chief Daruma will show you his hidden technique. He throws darumas at you and gets a green shine. This green shine makes Chief Daruma invulnerable, and you must defeat the mini darumas before the green shine goes away and you can do damage to Chief Daruma once again. Best tactics for taking chief Daruma down are to use a bow and circle around him. He can do a lot of damage up close, so be careful.