"A youkai that knows the transience of the material world. Sometimes you'll see them stop and think after charging in to attack. Daruma are supposed to be hollow, yet these look like they're carrying the weight of the world inside them. Although it'd be nice if we didn't have to hurt them, if they attack, we don't have much of a choice... How sad." 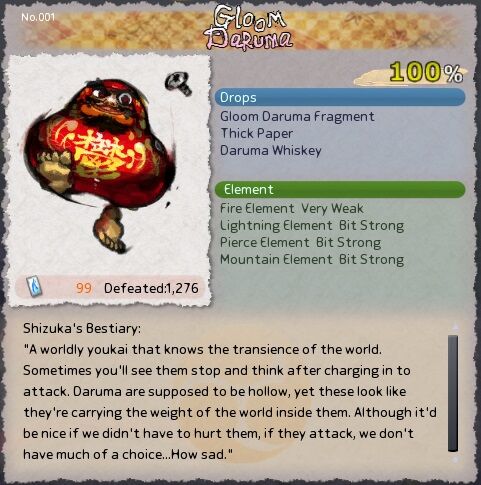 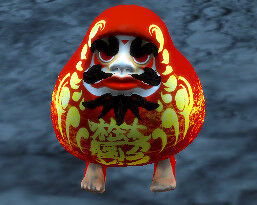 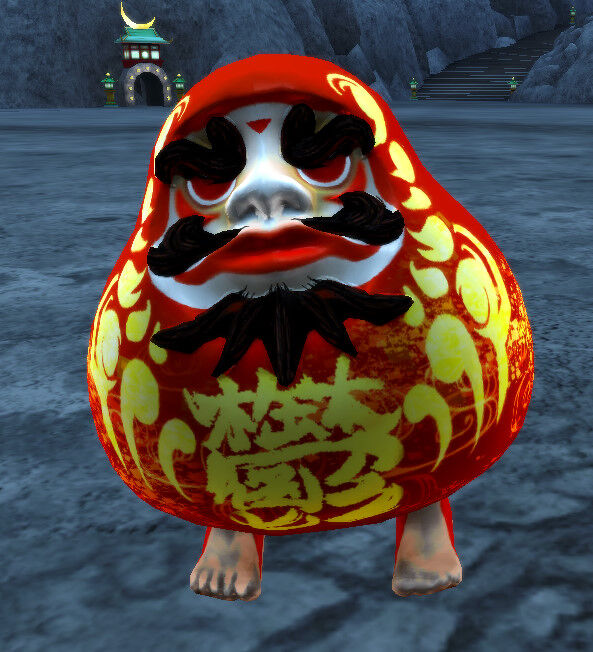 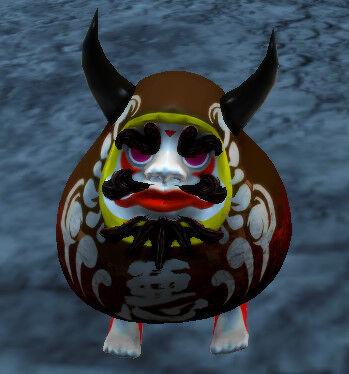 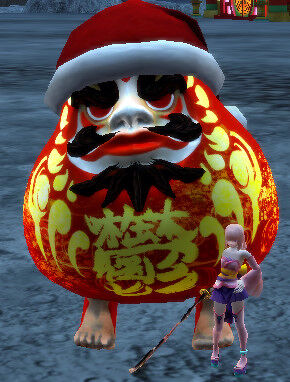 This daruma follows the same basic attack patterns as all the other daruma species, and these attacks are generally basic. It should also be noted that great darumas have larger attack hitboxes. 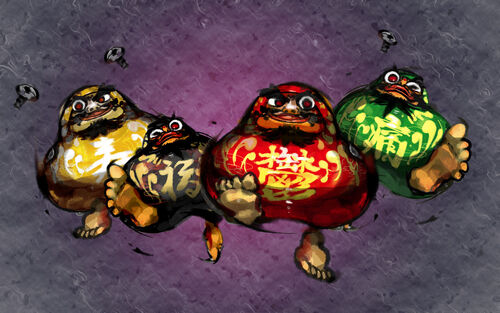