Latin for fly, as well as name of a minor constellation. [1]

"A fly youkai born of Beelzebub's eggspawn, which are actually incubators for small demons from the netherworld to obtain bodies from. It's kind of complicated to explain but they won't turn into giant monsters like Beelzebub any time soon, so that's some relief. They also don't have the ability to spread miasma like Beelzebub, so we can ignore them for now... but since we're here, we might as well make it easier on ourselves later and squish them before they get stronger." 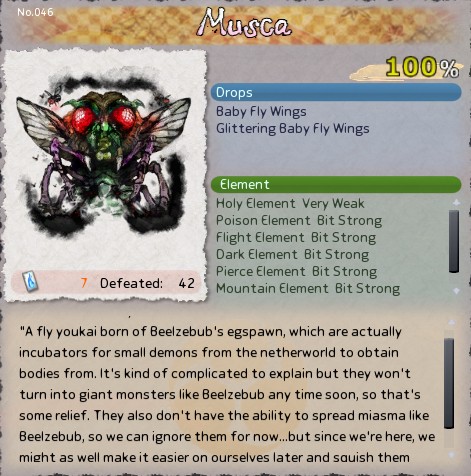 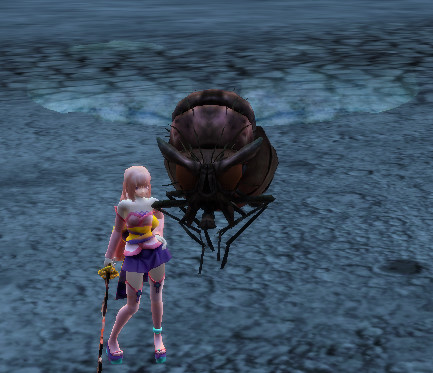 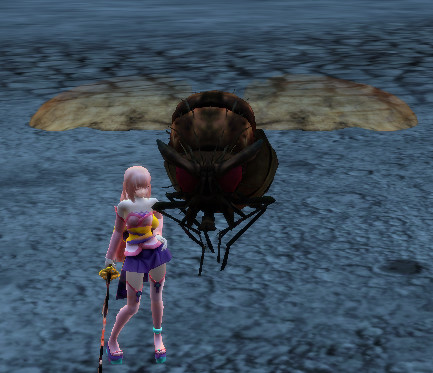 The musca has two types of attacks, both of which are rams. The first is a longer, harder hitting ram. Its quite easy to dodge due to the long start up. However, hitting the musca immediately after this type of ram is somewhat difficult because they travel long distances. The second type, the short ram, does much less damage, and does not move the musca nearly as far. Its often a good strategy to guard, wait for a short ram, and just damage the musca after that. Ranged weapon users do not have to pay any attention to this, and can just rain hell on them whilst dodging their attacks.

Retrieved from "https://onigiri.fandom.com/wiki/Musuka?oldid=36611"
Community content is available under CC-BY-SA unless otherwise noted.