"A youkai that bears a striking resemblance to a very large peach. If you approach one, it'll turn to face you and then run away laughing. You almost feel sorry for the people being fooled into thinking that they'd found a giant peach to eat, only to have it get up and laugh in their face, then run away. It seems they dislike small children since they're more likely to give chase and try to take a bite anyways." 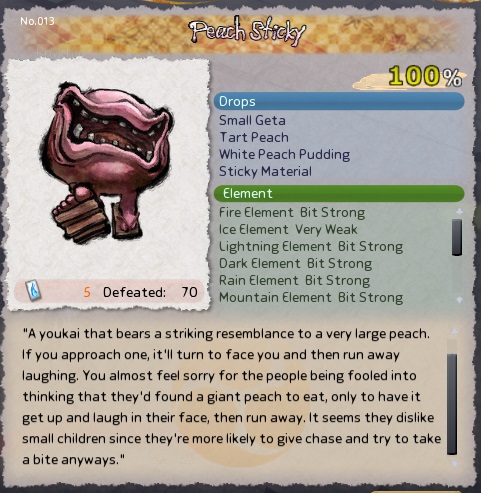 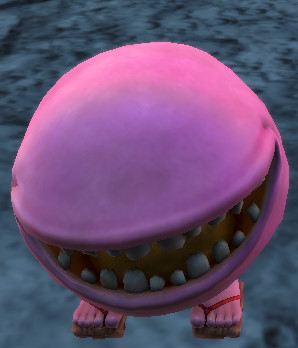 Retrieved from "https://onigiri.fandom.com/wiki/Peach_Sticky?oldid=35157"
Community content is available under CC-BY-SA unless otherwise noted.