"A nimble youkai often seen jumping up sheer cliffs and rocky crags. It seems strange tat they'd go to such dangerous places, but apparently they love to eat rocks. They have extremely hard teeth, which allows them to crush rocks in their powerful jaws. It seems that their bodies are also much tougher and elastic than other Sticky. Just imagining getting bit by one gives me the chills... I'm sure I don't taste good! I wonder if rocks are...?" 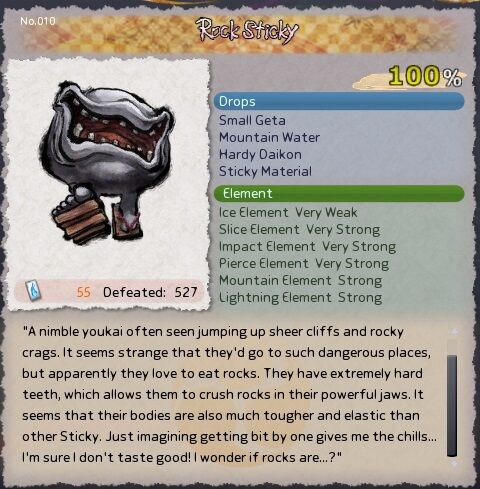 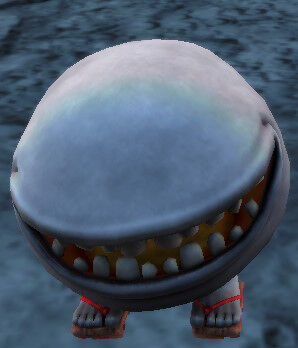