"A youkai that scares people twice. The 1st time they'll appear and suddenly show that red, inhuman face. If it works and the person runs away screaming, they'll give chase and disguise themselves as a human, then lull their target into a false sense of security. If successful, they'll then make the same face as before. People who have been scared twice will fall ill for 100 days until they suddenly perish... But you know, I just can't see their face as scary... I wonder why?" 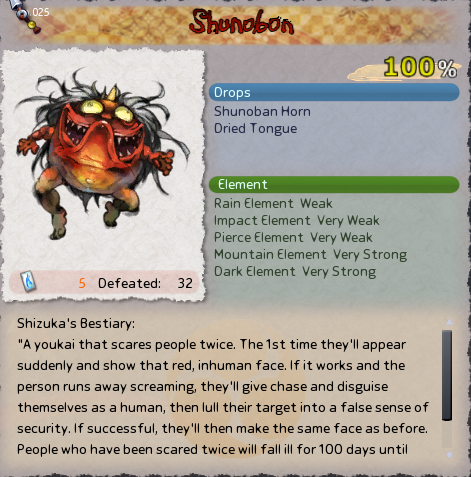 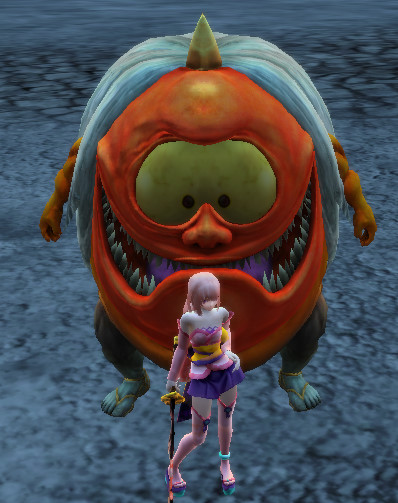 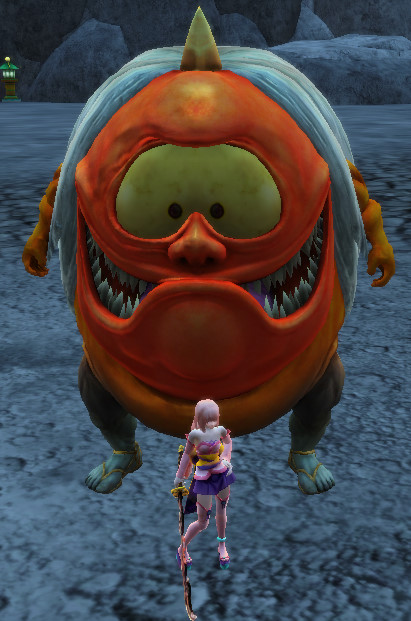 During this attack, Shunoban will lunge forward in your direction causing high damage while off the ground and landing face down in the dirt. The move is easy to recognize as it begins when he opens in large mouth wide a second before he lunges 10 meters in your direction.

Shunoban will kick his back foot down into the ground causing him to combust into flames. He then charges straight for you and deviates his trajectory slightly while he is running. The move causes high damage and also causes you to burst into flames causing additional long term damage. When his charge is completed he will faceplant into the dirt, but because of how fast and long he ran he is usually not in range for you exploit his face-planted self unless he has gotten himself stuck on a wall or pillar.

This attack starts up just like the Fire Charge and can be mistaken for such, but the difference in the attacks being this one causes high damage all around Shunoban and is only seen when fighting up close to him. Rolling backwards will be the best way to dodge this attack if you can spot him lifting his leg since the attack can reach out a few meters radius around his body where high damage is constant if hit by it.

A light attack that he rarely uses unless you are in very close range. The attack doesn't have a clear warm-up time unlike the previous attacks and also only affects if you are in front of him. This attack causes only minor damage and is only available when you get into direct close quarter combat.

This attack does not cause any damage to the player, but can help Shunoban dodge your attacks more easily as he faces you and side skips for a long time trying to dance in a circular path around to your back. If attempting to use weapon combos while he is using this attack, players may find difficulty in hitting him and will need to chase after him since he will not stay still.

Almost identical to the Side Skip Dodge, but instead of always facing you, Shunoban will run a little more quickly to get to your back and will not face you unlike the Side Step Dodge. This attack also does not cause any damage, but will require the player to chase after him as he will try to keep at a reasonable distance while circling you. 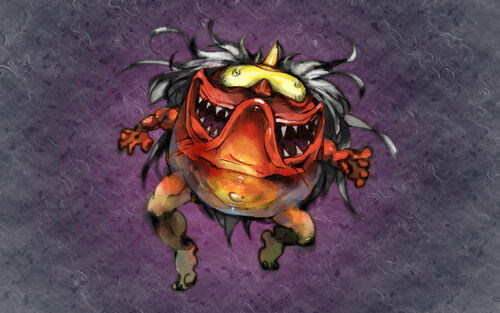 Retrieved from "https://onigiri.fandom.com/wiki/Shunoban?oldid=35169"
Community content is available under CC-BY-SA unless otherwise noted.