"A youkai often seen in or near swamplands. They're usually quite docile, provided you don't intrude on their territory. They swarm their enemies with frightening speed and overwhelming numbers, dragging them to the bottom of the swamp, never to be seen again... It seems that people in the past feared this and did everything they could to fill in any swamplands they encountered. A pity, they're pretty cute when they're not agitated." 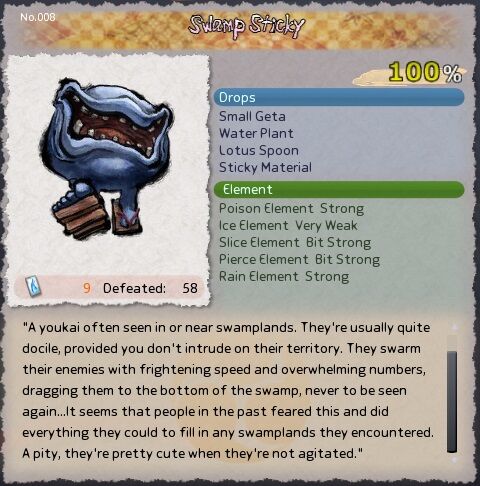 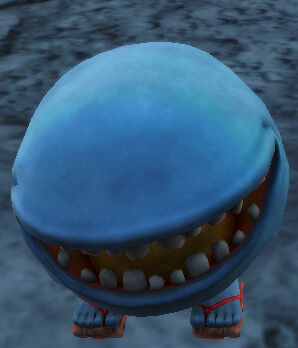 As with the other stickies, this one has fairly obvious attack patterns, will carrying out either of the following actions: